La Boca, Buenos Aires, Argentina
Caminito, the city’s famed kaleidoscopic street, sits on the edge of the Riachuelo River. As whimsical as the area is, its fanciful facade has a very practical explanation: the homes were built from scraps from the local shipyard and painted with whatever leftover paint was available. Today, the vivid block of color brightens the working class neighborhood and has made it a tourist destination for visitors from across the globe. This city also retains a strong European flavor, with many of its early settlers being from the Italian city of Genoa. 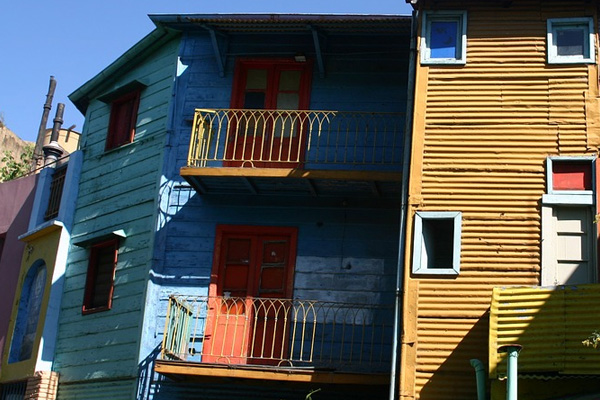 Pelourinho, Salvador, Brazil
Salvador’s Pelourinho neighborhood bears the name of the Portuguese word for pillory, and was home to the first slave market on the continent. When slavery was outlawed in 1835, the city began to crumble. But in 1985, Pelourinho was declared a UNESCO World Heritage site, and the neighborhood began the slow process of rebuilding. Now, Pelourinho’s culture is as vibrant as its facades, and tourists from Brazil and the far reaches of the world flock to the historical center for food, dancing, and the Museum Afro-Brasileiro.

Valparaiso, Chile
Even Chile’s poet-in-chief Pablo Neruda couldn’t help but tout the charms of the city where he once lived. The city’s historic seaport center is now recognized by UNESCO as a World Heritage site and hidden behind the vibrant, mismatched, and occasionally clashing façades are clubs, restaurants, and shops for every interest. Street artists now contribute their own flair, and are quickly turning the streets (and even the funicular) into outdoor galleries. This city has a spectacular faded beauty of its chaotic cerros (hills), some of the best street art in Latin America, a maze of steep, sinuous streets, alleys and escaleras (stairways) piled high with crumbling mansions, and it’s clear why some visitors are spending more time here than in Santiago. 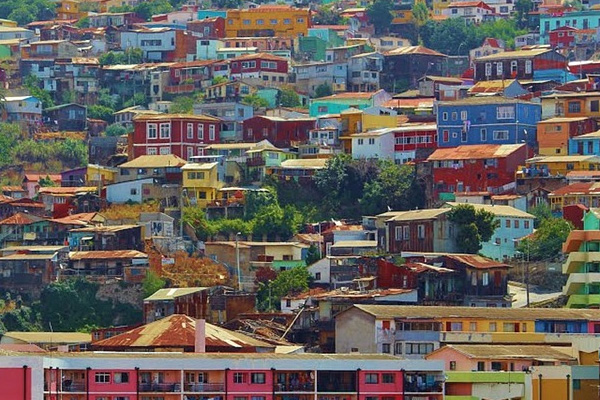 Cartagena, Colombia
This North Colombia city is one of the most colorful cities in South America. This feeling you will immediately get when you put the first steps in the cute narrow streets. Nevertheless, it can still be more beautiful! When the night falls, all colors in Cartagena turn out to be even more romantic. The colorful glow of the city provides you a true experience. Delighting beautiful fruit-ladies in wonderful colorful outfits. Cartagena has also a wonderful historic center, perhaps one of the most well preserved colonial city in South America. The Walled City area declared as UNESCO World Heritage Site in 1984. 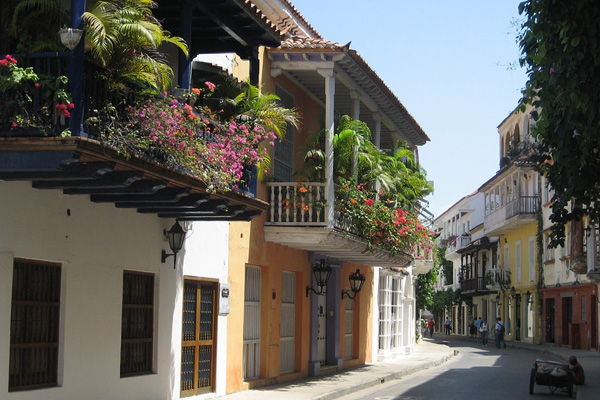 Barranco, Lima, Peru
The Neighborhood of Barranco offers a wonderful colorful architecture, music and art.
This Lima District, it is the bohemian neighborhood of Lima. Back in the days in the colony time, this part of the town used to be a famous beach resort for the wealthy citizens of Lima. Nowadays this district is the artists’ enclave, including creative designers, photographers, entrepreneurs and expats.

Willemstad, Curaçao, Island in the Southern Caribbean Sea
One of the world’s most colorful cities. The dazzling colors that adorn the capital city of this Caribbean island stem from an unlikely source “headaches”. According to local lore, back in the 1800s the governor of the Dutch colony decided that the color white caused his migraines. He issued a decree that buildings could be painted anything but white. Today, this jewel-colored city is an almost perfectly preserved Dutch colonial trading settlement with a UNESCO World Heritage designation. Curaçao forms a constituent country of the Kingdom of the Netherlands. 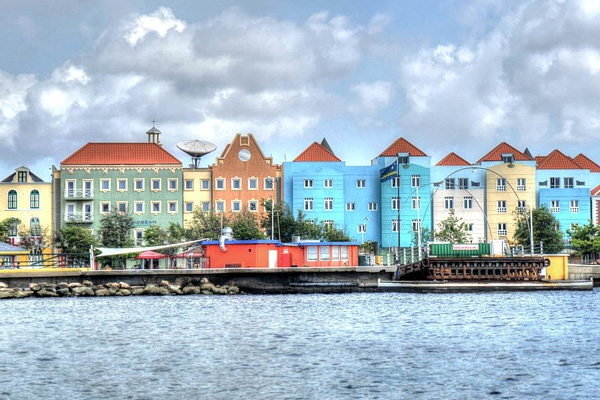